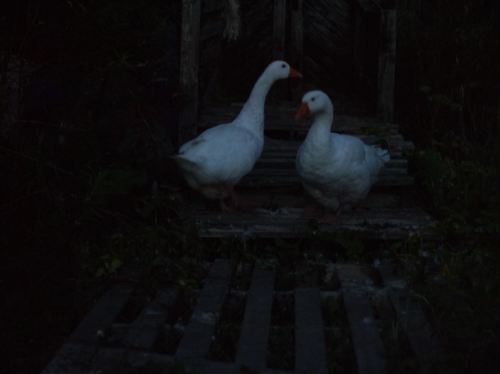 Just as every family visit begins with a collection from the evening ferry, so it ends with an early morning ferry run. In the winter months, the trips up to the blackhouse and down to the car are made in the dark on our 70-yard hill. A steep path leads from the house to the shed, where a 90-degree turn to the right leads under the willow trees and past the duck pond to the car. At 6am, the ducks are usually floating peaceably in the water. The geese are usually enthusiastically discharging their guard duty responsibilities, meaning that anyone disturbing the early-morning quiet, especially in the dark, is fair game.

Last week’s morning ferry run, for my daughter Harriet and her fiancé Steven, took place in pitch darkness. Aside from the likelihood of patrolling geese, an added ground-level complication was a recently-delivered pile of roofing metal, left by the car. Harriet set off first with the big suitcase and the torch on her mobile phone. Steven and I gathered up the smaller stuff and began the descent a few minutes behind, sharing a torch. 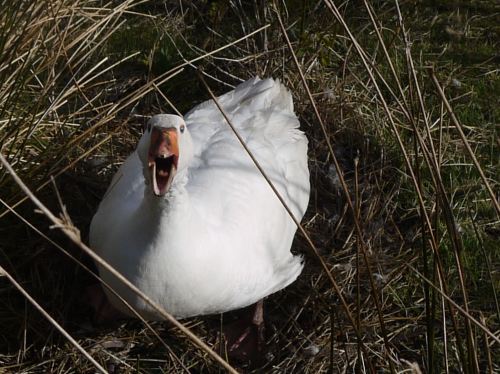 It’s important to note here that Harriet has always been terrified of the geese. The geese know this. There’s nothing they like better than the smell of fear. She has never had the nerve to act on our advice and walk straight at them, at which point they will back off. Concentrating on getting away for the ferry on time, all of us had forgotten to take into account the impact the geese might have on a lone Harriet heading towards the car. In the dark.

For Steven and I, picking our way down the upper reaches of the path, everything that happened took place in a blackout. Harriet had made it as far as the duck pond when there was a brief burst of honking from the shed – the goose guard station – followed by an ominous silence. To the trained ear, the honking was merely a response to seeing a light on the path. It was followed by a beating of wings.

At this point, Harriet’s nerve failed and she let out a scream from somewhere in the willows.

“Walk towards them!” I called. “Don’t let them know you’re scared!”

The opening scream was followed, less impressively, with a pathetic, begging whimper of “No, no, no …” – a red rag to a pair of geese looking for an easy target.

Following terror and pleading with panic, poor Harriet broke cover and ran, despite the multiple disadvantages of lumbering a large suitcase along a narrow muddy path flanked by willows, in red shoes with no grips. In the best cinematic chase tradition, there was a strangled cry, the sound of running and the crash of a suitcase against the trees, before her escape attempt ended in a noisy and undignified argument with the roofing metal. 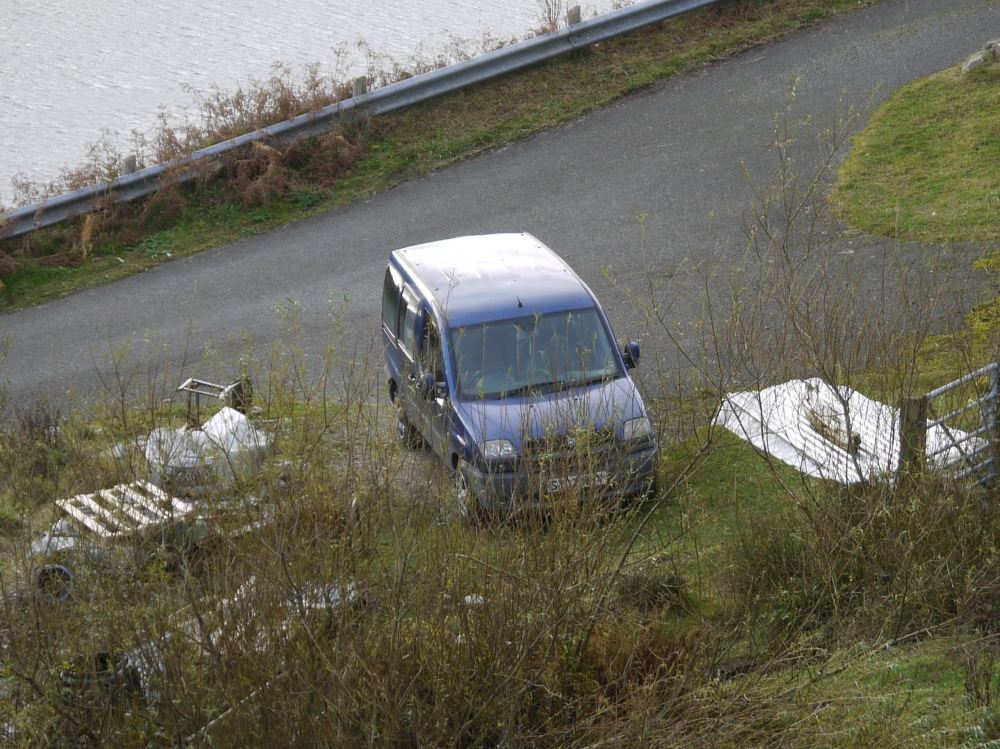 We finally arrived at the car to find her on the back seat, nursing a bruised leg patterned with roofing-metal corrugations. Ouch. Interestingly, the geese were nowhere to be seen. The attack had never come, probably because, having received such a spectacular result from a couple of honks and an early-morning stretch, the geese saw no point in expending further effort.

All was quiet. Somewhere under the trees by the shed, the culprits had settled back down to doze, satisfied with their early warning procedures, perhaps dimly aware that they had just ushered in a new era of psychological warfare. 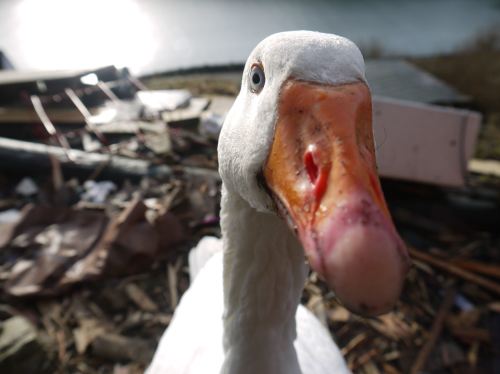