Bowling happily along through the heart of Glasgow on the M8 the other week, en route to our holiday destination, my husband was keenly anticipating the advent of Junction 16. He had planned two fishing trips, at least one of which would require waders, which were waiting for him in the largest fishing tackle shop in Europe, a mere two minutes from Junction 16. The rod, reel, line and flies, net, little scissors and spectacles were already packed, the shop selling the fishing permits earmarked for a visit. Only the waders stood between him and angling bliss. 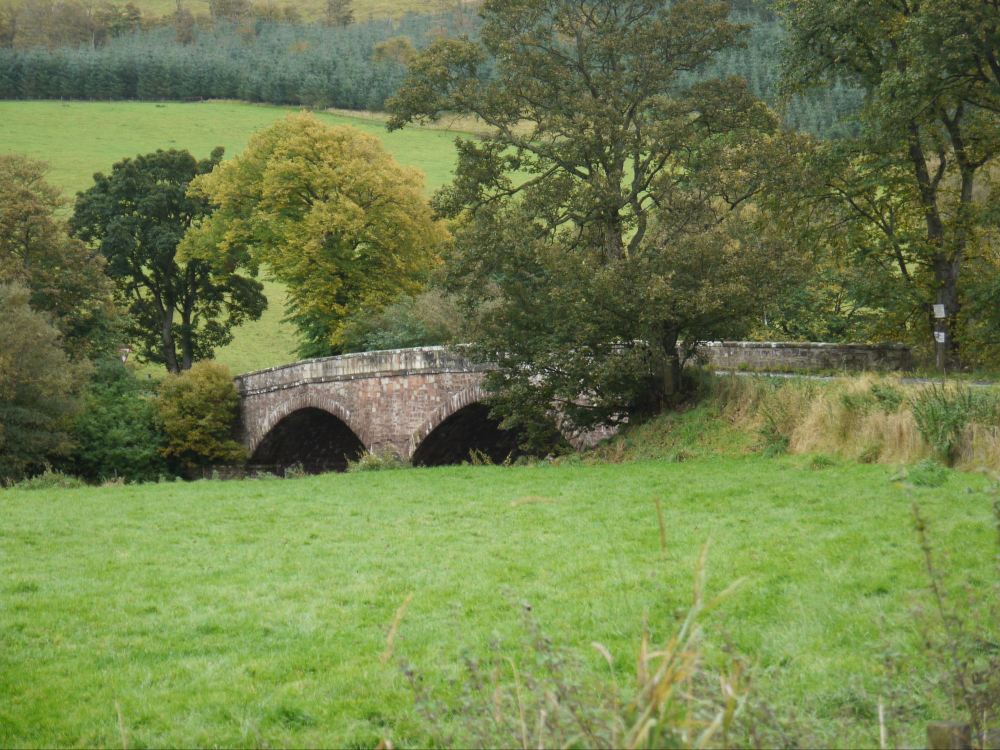 Junction 15 came and went. We both switched into extra-alert mode, eyes fixed on the approach of the sign, ears pricked, noses twitching. The sign appeared in the distance –  for Junction 17. Er …

My husband re-consulted his largest fishing tackle shop in Europe leaflet, to ensure we had not mis-read the directions. We hadn’t. As we roared along, we held urgent talks about what had happened between the road map, the leaflet, our interpretation of the available information, and the stark physical reality facing us – that with the point of access not in evidence, the largest fishing tackle shop in Europe was now a rapidly receding missed opportunity.

Were we on the right motorway? Yes we were. Could Junction 16 possibly refer to an exit on an unlabelled, mysteriously short connecting motorway that lasted approximately 25 yards, and was called something like M8/B1? Not according to the spanking new 2017 edition of our AA roadmap. It was a red rather than a blue dot on the page - was it a junction in progress, under construction, or merely a twinkling in a town planner’s eye?

Maybe the numbers had got mixed up. Would Junction 16 appear just after Junction 17, having been shoe-horned into the motorway system at the last minute, after all the signs had been put in position? More radically, was it possible we had both experienced a simultaneous time-travelling zone-out moment, propelling us past Junction 16 without us noticing? I checked my watch. It showed no trace of lost minutes.

Perhaps it had been decided that Junction 16 was surplus to requirements, and it had been relocated, complete with slip road, to a more needy spot on the A85. Or could it have been kidnapped and was now being held to ransom in a derelict barn just off the B4096? 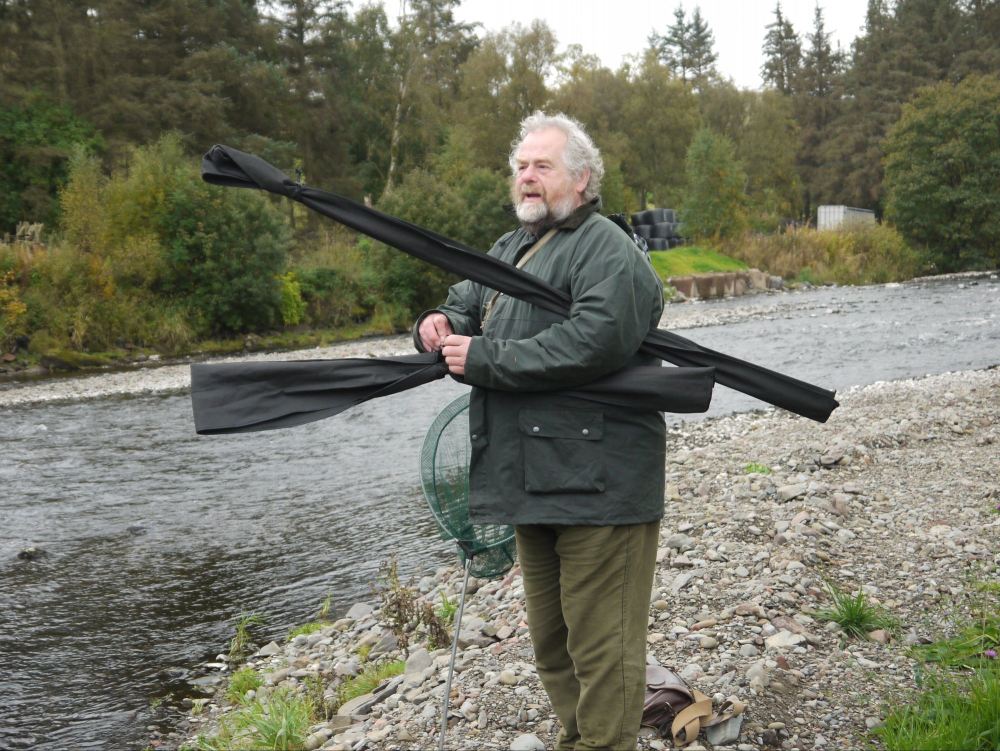 Even worse was the thought that the largest fishing tackle shop in Europe was labouring under a misconception about where it actually was. Did it hover somewhere out of time and space, without a Junction 16 to anchor it in the real world? Did it ever get any business? The advertisement mentioned no other route of access; it was two minutes from Junction 16 – or not there at all.

Were we in an alternative reality scenario, where Junction 16 and the largest fishing tackle shop in Europe existed in another dimension? If I chose a point roughly equidistant between Junction 15 and 17, pointed the car firmly at the crash barrier and floored it, would we, following the scream of tearing metal, open our eyes to find ourselves teleported to the largest fishing tackle shop in Europe, twinkling under a different sky, staffed by kindly men in moleskin waistcoats and trousers modelling the much-longed for waders in question, and delighted to encounter another dimension-travelling fisherman?

Hm. I decided not to risk it. We thundered on, waderless. We now live with the mystery of the vanished/invisible/displaced/never there in the first place Junction 16, and the tantalisingly unattainable largest fishing tackle shop in Europe. Which is why Tuesday found my husband calf-deep in the River Clyde, defying the cold with sodden moleskin trousers and doggedly wading in his walking boots, eventually celebrating the catch of a handsome 14” wild brown trout on his recently designed New Dun … 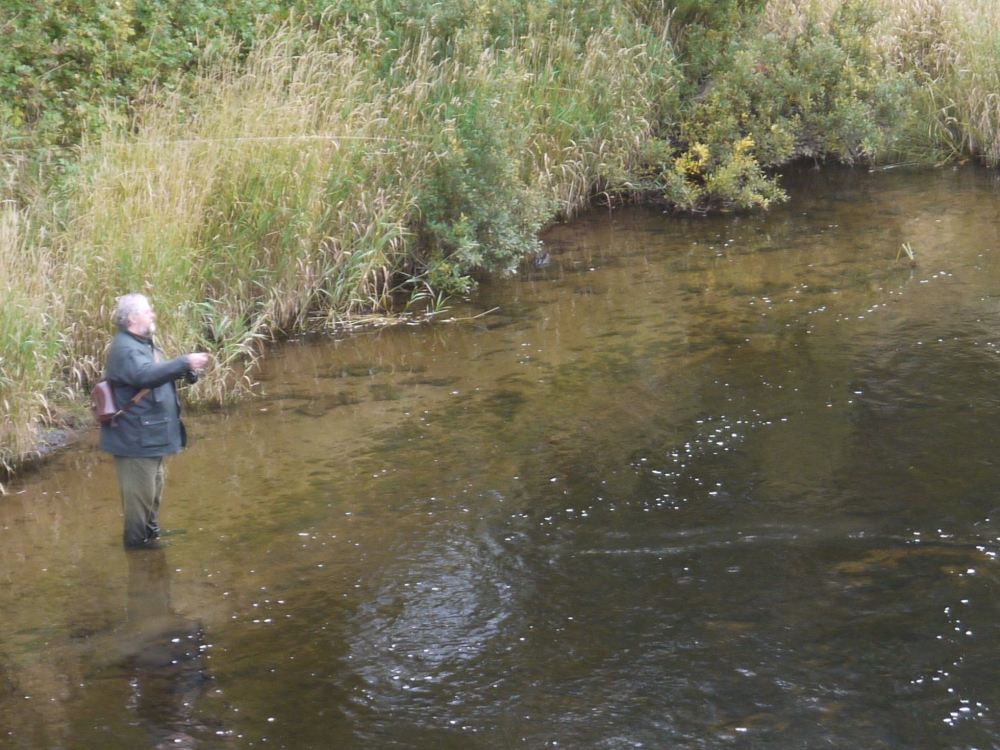