in two days, he had put six hundred miles between him and where he used to be.

Waking up to the thrill of the sea loch spread before him is novelty - if it doesn't wear off after a year, then it's love."

Living in the Outer Hebrides, you get a feel for the space around you, and the change in sound.

The location and geography is one thing, but the last thing standing between you and a decision to stay is the space, and the silence.

Even holidaymakers get a sense of it, and it's either fantastically liberating, or paralysing.

and it beomes the silent stalker, the deciding factor, in the experience of culture shock. 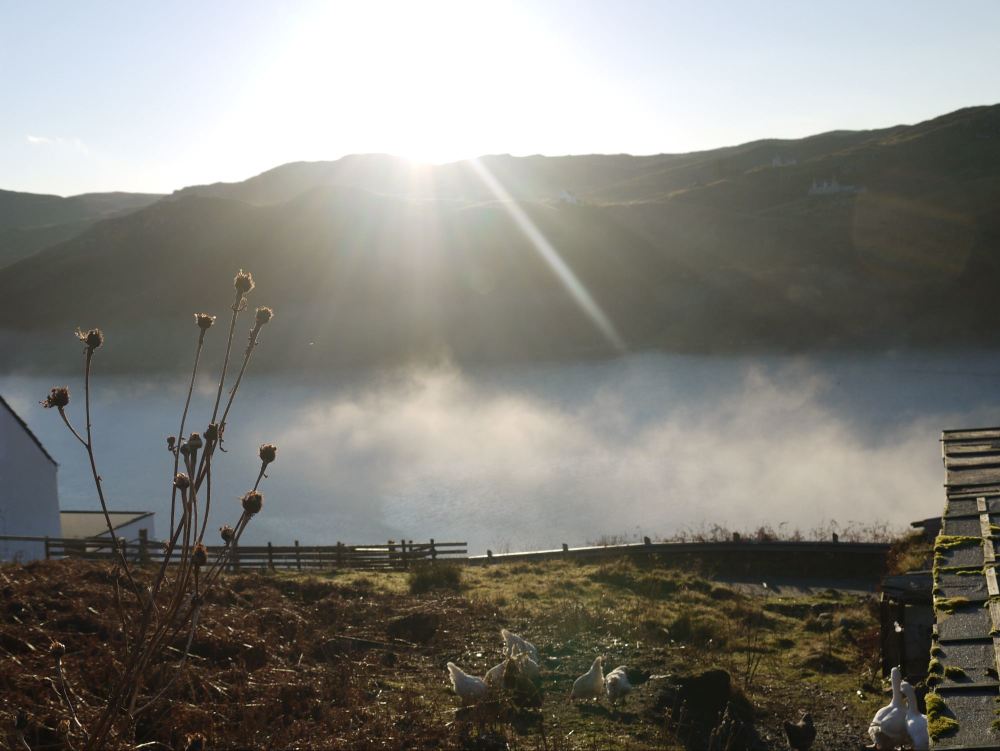 If you're living out in the sticks, the contrasts are obviously much starker.

The dominant sounds come from wind and sea; the absence of manmade noise is immediately noticeable.

In the early morning, you might hear the fish farm boat chugging out into the loch to the salmon cages, or the odd car going along the lochside road.

When the wind blows up, or there's heavy rain, those sounds drown out everything else - except the things being blown about in the wind!

Some people thrive off this; others find it threatening. 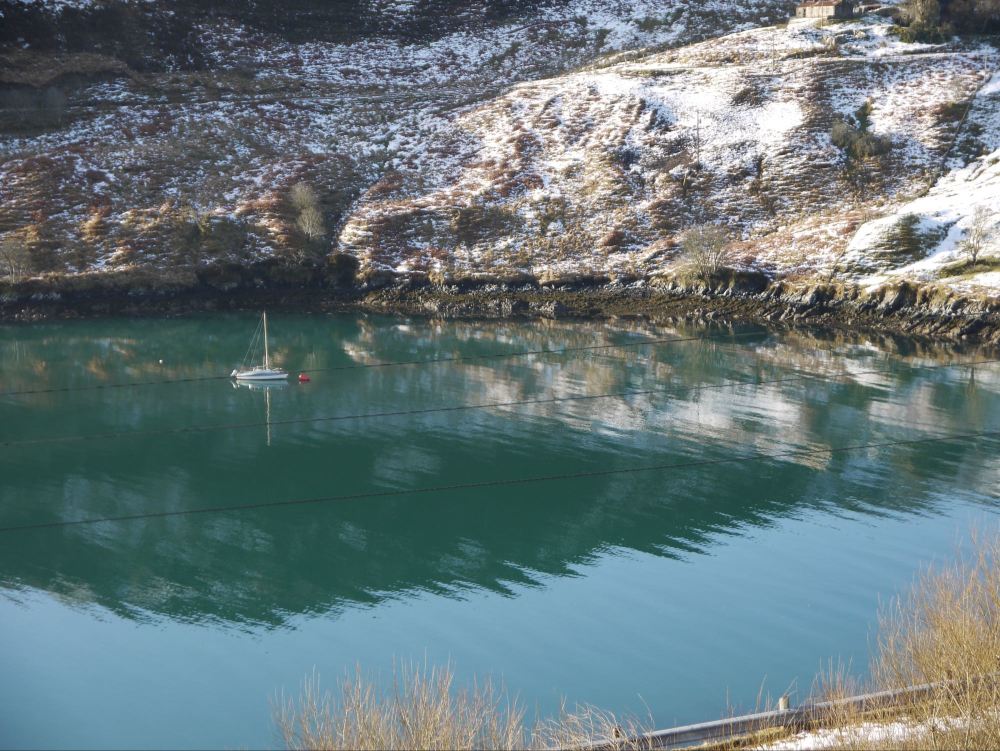 Your neighbours are usually at a distance, so you're unlikely to be disturbed by company.

Depending on your point of view, this gives you the freedom to do what you want -

or makes you feel trapped by the space around you, and the absence of people.

This kind of isolation, if it's chosen or at least amenable, seems to particularly suit creative types and introverts

- although obviously not exclusively! 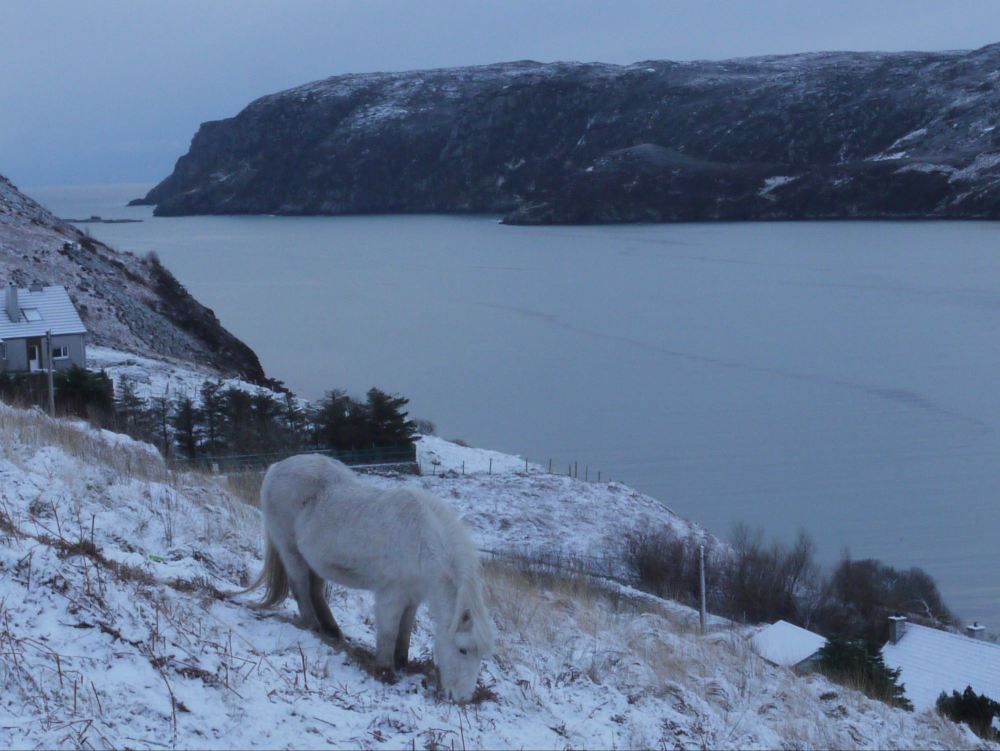 The most challenging time is the winter. Short days, hours of darkness, violent storms, power cuts.

Self-sufficiency matters, making your own entertainment, having projects - and supplies, in case you're cut off for a few days.

Having an Eriskay pony around is a great comforter - he's not bothered, even though he's outside in it,

when the rain comes down like bullets, the wind starts removing bits of your house, and the ice freezes over the grass.

He takes it all in his stride, and knows where to go to keep himself safe. 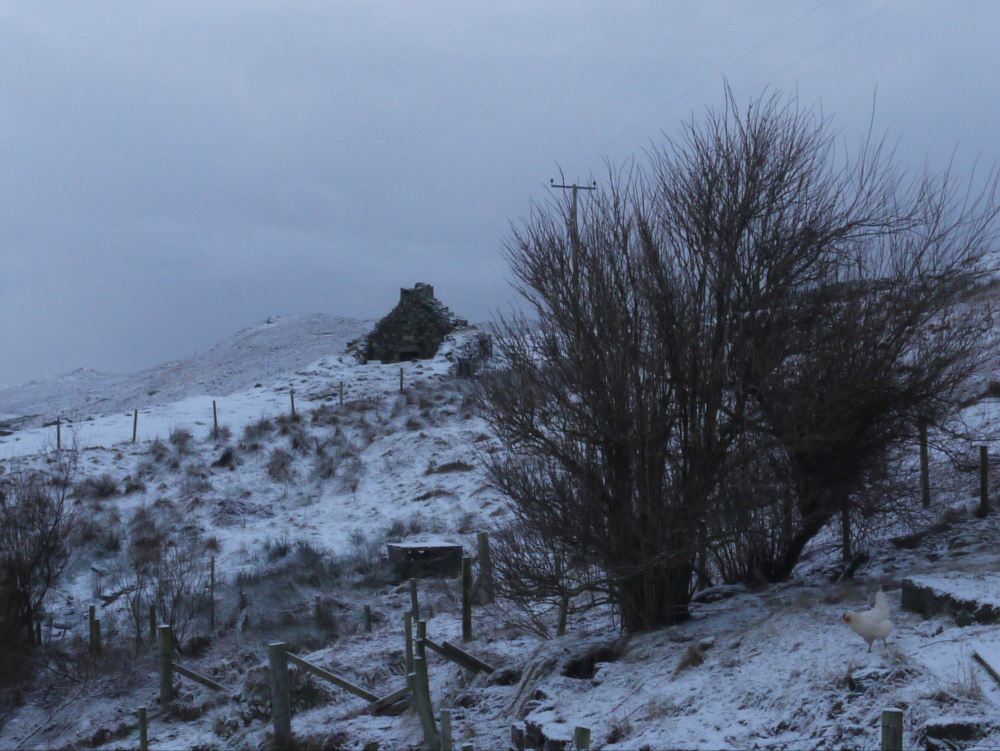 When you live in the Outer Hebrides, you have to be comfortable in your own space,

comfortable with your own company,

and comfortable in your own skin. 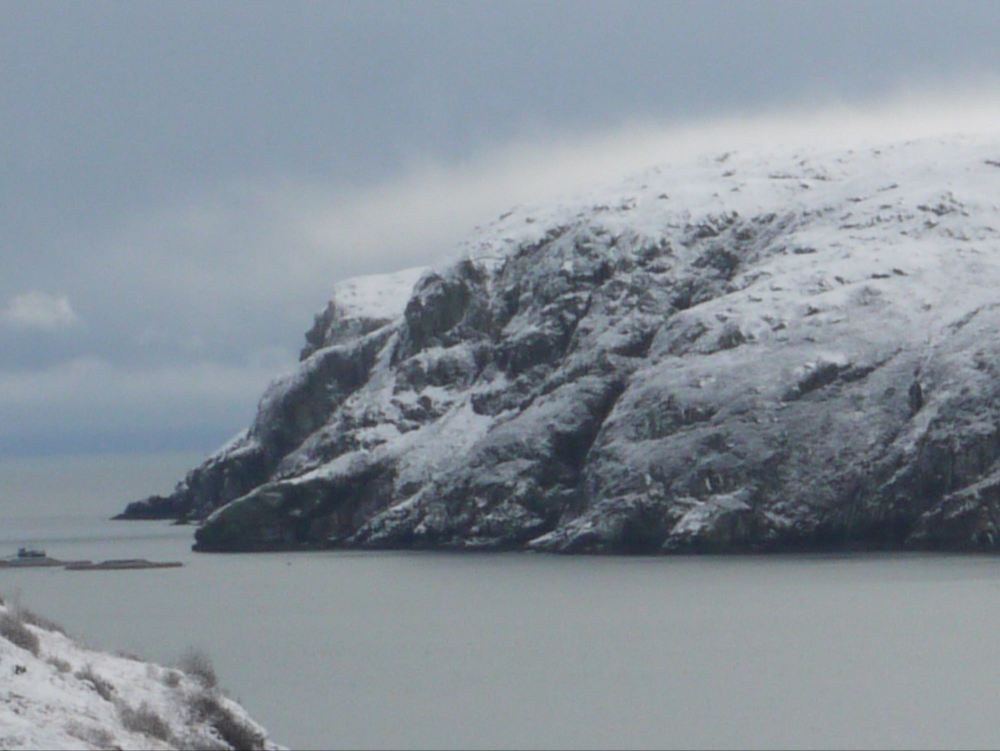 It helps to make peace with the weather, and accept that sometimes, it's going to be pretty bad.

It doesn't happen that often, but dealing with messed up travel plans, missed outings and meetings,

stocks running low in the supermarkets, damage to property, crashing internet connections, all go with the territory.

It's one of the things that makes life different here, and it's part of the interest of the place,

the way the elements, the landscape and Mother Nature usually have the upper hand.

And watching a storm rage outside can be quite exhilarating! 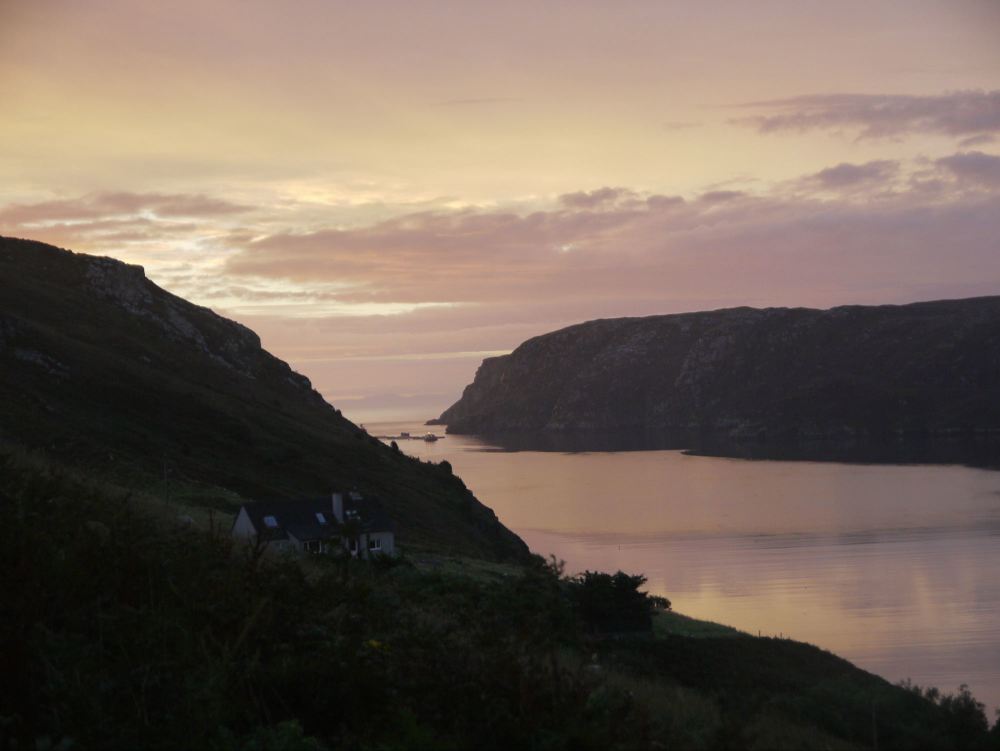 In other words, the Outer Hebrides is a place you can grow into, and the space and silence are qualities you can learn to love.