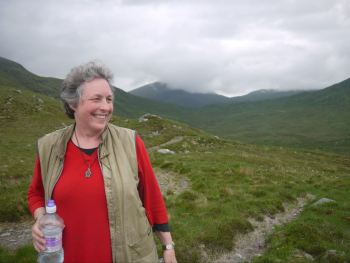 Di Reed moved to the Isle of Lewis in 1994 with her husband, two children, two cats, two dogs, twenty-two fish and a bump. Her third child was born on the island.

Di has lived and worked here ever since, as a commercial writer, as a cook and as a painter of stones. Until Covid-19, Di and husband Mike co-organised The Craft Market, a weekly summer event held in Stornoway and Tarbert on the Isle of Harris. this has now moved online, awaiting the return of live events.

Celtic Fringe, the first novel in a series about Hebridean life, was inspired by the experience of moving from an urban environment to a remote rural community; Royal Macnab draws on Di's experiences as a cook on sporting estates in Lewis (Grimersta & Garynahine), Harris (Amhuinnsuidhe Castle) and North Uist (The Round House).