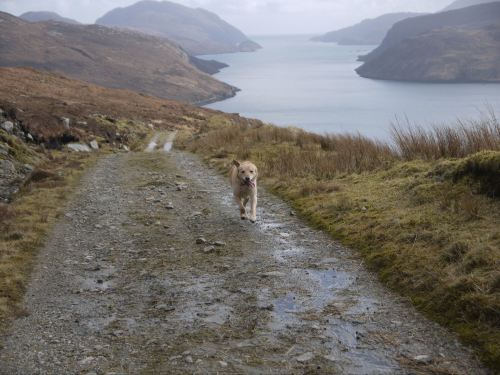 I live in the Outer Hebrides, where buying a pair of walking boots is a serious business. For starters, I live in a house at the top of a wrecked stone path, my dog loves nothing better than a roustabout on the moors, so walking, whether on or off piste, usually involves rough terrain. If these boots are going to be made for walking in the Hebrides, they have to meet certain criteria to deal with the challenges of the landscapes. So I don’t want anything nancy; I want good strong soles, thick leather, ankle support, waterproofing and grip. 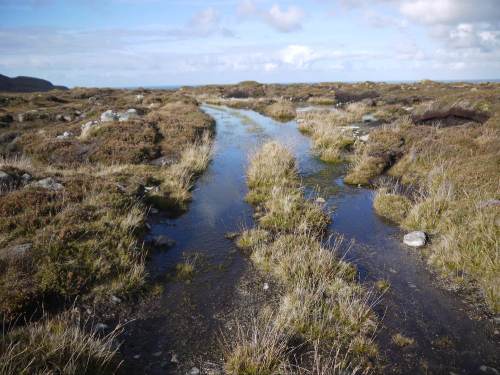 I went first to that bastion of extreme weather clothing and footwear, the Fisherman’s Co-Op, and was immediately attracted to a pair of working, rather than walking boots that ticked all the boxes.  A couple of tiny little labels tied to one of the laces supplied all the product information available, but it was more than enough. Aimed at builders, oil-riggers and other hard outdoor labourers, the key attributes were ground down to a terse grouping of bullet-points. 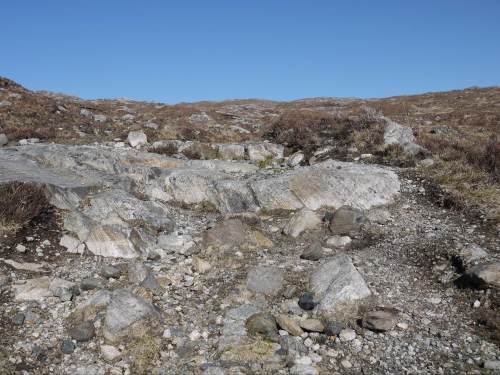 These boots were waterproof and wouldn’t let water in unless the wearer waded to a depth exceeding five inches. They were slip resistant – good – and oil-resistant – I didn’t quite understand the value of that, but guessed the target market would. They could withstand electric shock up to 450 volts. They wouldn’t melt in temperatures up to 350 degrees, or some such fantastic figure.  They had thick, hard soles, deep treads and a steel plate lining the sole for protection against chainsaws. 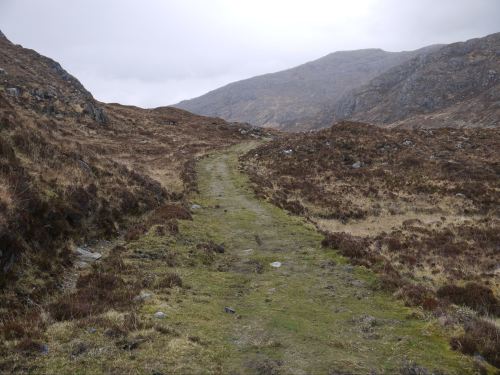 When I walked out in them, I felt like Superwoman. If, in the course of walking the dog, I encountered a blazing car leaking oil into my path and melting the tarmac, razor wire strewn across the road, a live electric cable dancing across the moorland, a mad Texan wielding a chainsaw, and the waters of a burst dam flooding towards me, I would not be burned, fried, cut, boiled or drowned, I would not slip or fall over, my feet would be supported - at room temperature - through every challenge, and my boots would lead me unscathed through every catastrophe. 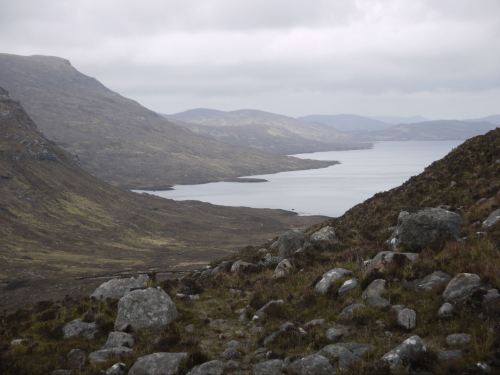 Disappointingly - or thankfully, depending on your perspective on dangerous encounters - the worst obstacles I dealt with in the four years I wore the boots, were a few puddles, rarely deeper than five inches, and some rough rocky paths, which failed to even scratch the indomitable footwear. 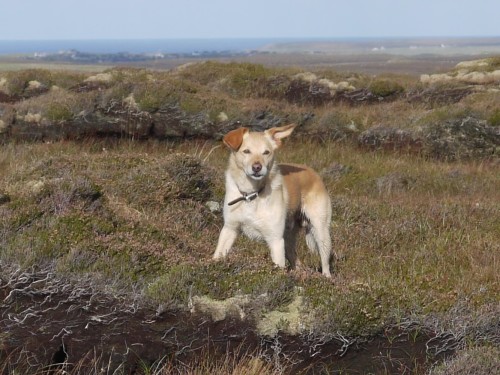 Eventually, I gave them, still practically unscathed, to a woman who worked on vernacular building sites, and had more chances of needing the extravagant protective measures the boots afforded. But I always remember them for that first walk and the powerful promises they offered but never needed to deliver. 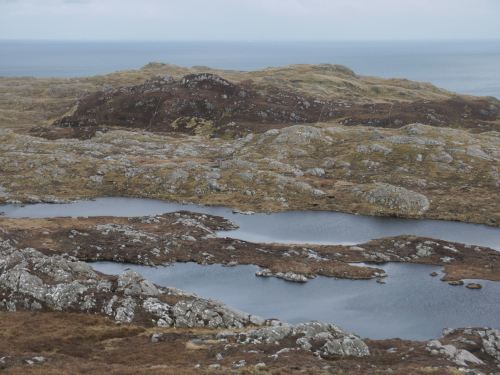